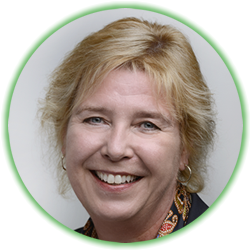 Bili will celebrate her twelfth year anniversary at Harrisburg University of Science and Technology where she currently serves as Provost and Chief Academic Officer.  Harrisburg University is, a young STEM-focused institution of higher education built on a competency-based and technology-integrated educational model.  As Provost, she is responsible for all aspects of academic and student affairs at the university to include development of all new academic programs and approvals; recruitment and supervision of faculty; oversight of curricular, academic policy, and student success. Prior to being appointed Provost, Bili served HarrisburgU as Associate Provost for Strategic Markets and was responsible for academic outreach, as well as program development at the University.  This included being responsible for credit offerings targeted at adult learners and working professionals, non-credit continuing professional education, contracted training, training grants and distance learning.

Bili is the Executive Director of STEM-UP Network, a social enterprise powered by HarrisburgU that supports the recruitment and advancement of women in STEM professions through leadership development, a strong and growing network of woman professionals, and mentoring programs.  The STEM-UP community is expanding to Philadelphia and Maryland and beyond.  Bili received the 2018 Moxie Award from the Women in Technology Group of the Technology Council of Central Pennsylvania in recognition of the STEM-UP Network’s contributions to gender equity in STEM professions.  The Network and University were also recognized by Insights Into Diversity Magazine last year with its Inspiring Program in STEM Award.  Most recently, Bili was named a Woman of Influence by the Central Penn Business Journal.

Prior to joining higher education, her professional background was in training and development within business and industry; with 14 years of experience as an instructor.

Bili has been recognized over the years for many innovative contributions to her institutions, adult learners, and continuing and professional education and training including awards from the University Continuing Education Association (UCEA).  Bili was recognized for her contributions to continuing education in Maryland through a Proclamation issued by the Governor’s Office in 2005. 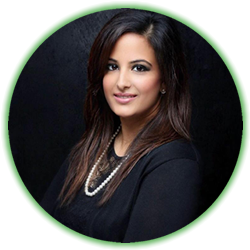 Rubina Azizdin has over a decade of experience in counseling, higher education and community engagement, Rubina is an avid advocate of diversity and all initiatives that involve empowering women. She is the founder of R.E.A.L. Women’s Alliance Networking Group. Rubina is highly connected to her local community and had received many community and global awards such as being name a Women Influence and was a Forty under 40 award recipient by the Central Penn Business Journal, she was also the recipient of the West Shore Chamber’s Luminary Shining Star Award. Rubina also received the Ella Frazier award and was named a Woman of Excellence by the YWCA of Harrisburg. She was honored by the World Affairs Council of Harrisburg a Global Torch Award Recipient and most recently was recognized as Woman of Heritage by a local publication, The Urban Connection and was celebrated at one of the top 40 inspirers in the community for Mountz Jewelers Top40 Campaign

She has been featured in Susquehanna Style Magazine, Central Penn Business Journal, and on CBS21’s Women at Work segment.

Rubina has been a member of many local organizations and has served on many boards for these organizations as well. Just to name a few she has been involved with the World Affairs Council of Harrisburg, American Business Women’s Association-Camelot Chapter, WeCAN, West Shore Young Professionals, Harrisburg Young Professionals, Junior Achievement of South-Central PA, PA Association of Colleges and Employers.